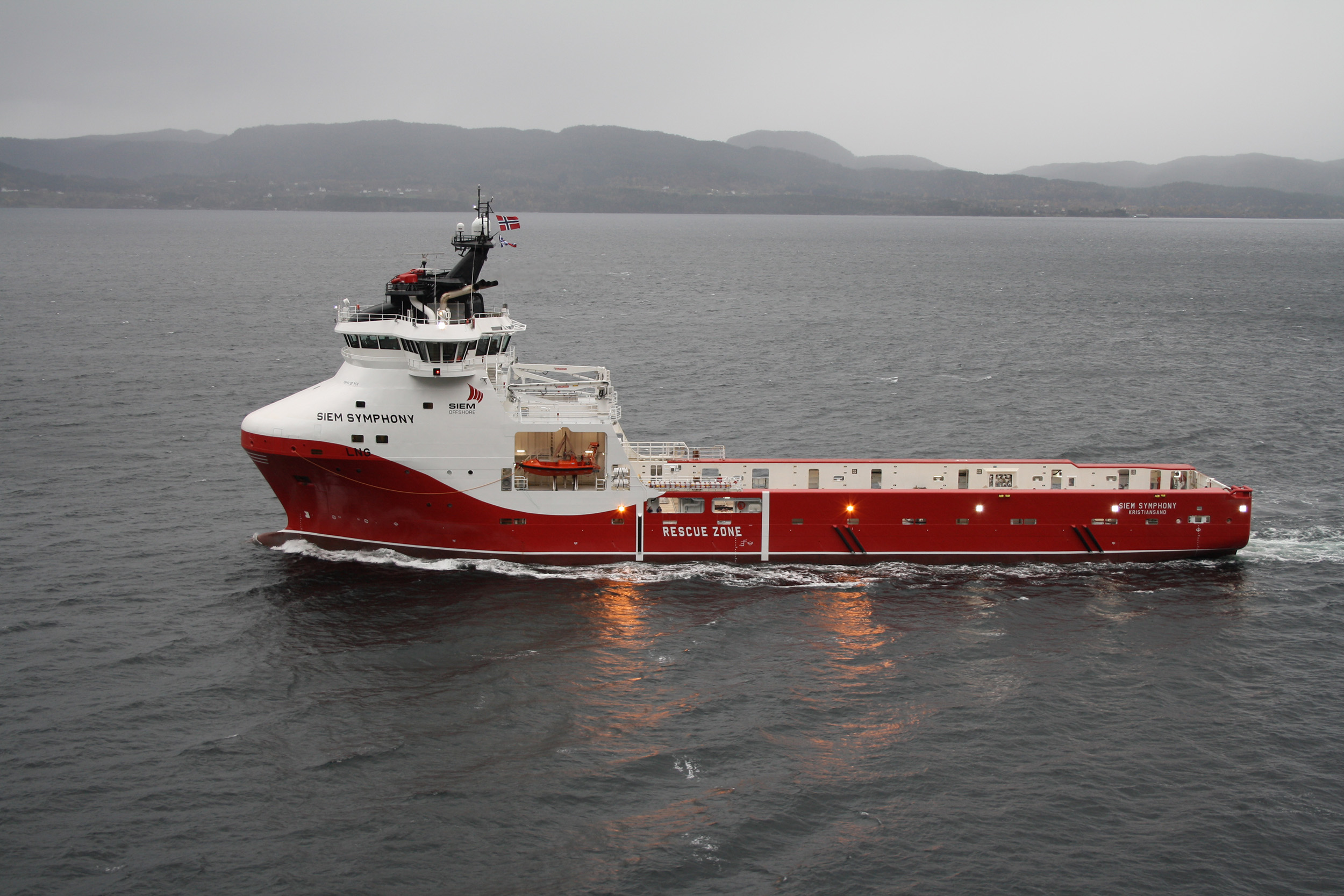 Siem Offshore's PSV, Siem Symphony, will be the first hybrid vessel in the company´s fleet when it becomes operational early 2021. Siem Symphony will be fitted with a 600 kWh chargeable battery pack that will help the crew operating the vessel more efficiently.

– By using battery power as additional power supply, you can lower fuel consumption substantially. It is especially effective during standby, when in dynamic positioning mode and when in port, Operational manager Jon August Houge, says.

Hybridification carries several advantages; fuel saving, increased operational safety and reduced  maintenance. Siem Offshore expects Siem Symphony to save approximately 219 tons of fuel annually, with battery installed. The company also has plans to install battery on a crane ship, and has applied for financial support from Enova. The Norwegian state enterprise funds private investments that contribute to the reduction of greenhouse gas emissions.

Converting an offshore vessel to hybrid power supply may cost 20 million NOK or more. Enova typically contributes with about 30 percent of the investment sum, according to Houge.

Installing shore power capacity in vessels is another priority area for Siem Offshore. Seven of the vessels have so far been fitted with the system,  Siem Pearl being the latest.

– Shore power is beneficial both to the environment and the company. Vessels running on fuel when at port, contribute to local emissions. It is becoming more common that port authorities demand that ships entering their harbour, can run on shore power, Houge says.

Data from Siem Symphony  may serve as an example of the environmental impact of shore power. During 4,5 days at shore with shore power, it saved approximately 12 tons of fuel, cutting local CO2 emissions by 37 tons.